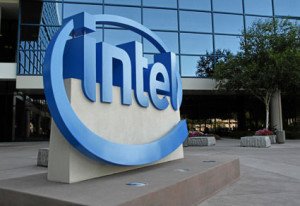 At its core, the stock market is still pushed and pulled by the same emotional forces as it was decades past, when individuals dominated trading. Indeed, today’s market is arguably more susceptible than ever to the ebb and flow of passions, thanks to the ability to move trillions of dollars at the touch of a button.

Consequently, the principles of contrary investing—gauging the mad­ness of crowds to identify value as well as overvalue—are particularly relevant today. In light of the market’s current volatility, you ignore these proven truisms at your peril.

Over the near term, stock prices tend to reflect popularity, perception and other ephemera. When we buy, we look for stocks that possess solid long-term prospects, but trade at prices beaten down by investor fears.

The flip side of fear—irrational euphoria—can be just as strong an emotion, pushing favorite stocks to ridiculous heights. When stocks soar too high, we sell or at least take partial profits.

Of course, sometimes a stock falls or rises for valid reasons. That’s why when you bet against the crowd, it’s critical to do so from firm ground, with a broadly diversified portfolio of companies that feature strong balance sheets and reliable revenue.

Below, I focus on one beleaguered but sound household name that is now an excellent contrary bet: Intel Corp (NSDQ: INTC).

In January, Intel reported fourth-quarter fiscal 2012 earnings that dis­appointed investors, further punishing a stock that had been under pressure for most of 2012 (see Intel graph).

Fourth-quarter revenue dipped 3 percent to $13.48 billion from $13.89 billion a year ago, because of weak sales in recession-plagued Europe and the continuing shift from PCs toward mobile devices.

Analysts had expected the company to report EPS of $0.45, on $13.53 billion in revenue. But in our view, Intel is another tech stalwart suffering from inflated expectations.

Intel is the largest semiconductor maker in the world. Considering the recent slowdown in emerging mar­kets and Europe’s persistent crises, it shouldn’t have been a surprise that consumers have been stingy in buying PCs, which constitute Intel’s bread and butter.

However, as growth accelerates in regions such as Asia and Europe gets its act together, expect a pickup in technology spending across the board.

Investors have lost sight of Intel’s intrinsic strengths, which will come to the fore as the global economy picks up steam.

Intel’s PC business remains its larg­est operating unit, generating two-thirds of sales in 2012. With brand name trust and the most advanced chips in the world, Intel will hang onto its dominance of the PC micro­processor market over the long term.

The company’s dominance is virtu­ally assured by a fulsome research and development (R&D) budget of roughly $9 billion, the largest among companies spending $1 billion or more on R&D.

Meanwhile, the company generated $11 billion in free cash flow in 2012, a gigantic pool of money for future dividend boosts and stock buybacks.

One factor hurting Intel has been its tardiness in entering the booming smartphone market, but the com­pany is rectifying this mistake with its introduction of a new chip specifically geared for smartphones.

Readers what’s your take? Bullish or bearish on Intel?

Is Investing In Luxury Real Estate Worth It?

Is Investing A Good Idea For You?

How To Successfully Protect Your SME In 2021