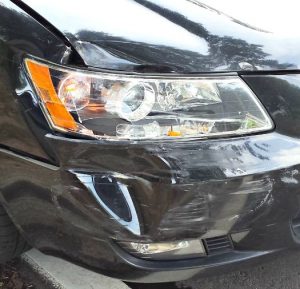 This month has been ROUGH. First, I’m driving home from work and some guy thinks his junker is a race car and turns out in front of me. Fortunately, because of my cat like reflexes I’m able to slow down enough that I don’t destroy the whole side of his car and only smash into the back of his bumper. We are both able to drive away (unharmed) but dealing with the insurance company and getting my car fixed hasn’t exactly been fun or quick.

A week later, I’m getting off an airplane and get a call from my wife. She calls me crying saying she was in a car accident. Traffic had slowed while my wife was merging on a major highway interchange ramp. There were eight cars in front of her all slowing down in sync. Then, some guy not familiar with the city, (and not paying attention to the road but his phone GPS) slams into the back of my wife’s car going 50 miles an hour! She saw him coming and braced hard for the impact while my child had no clue anything was coming.

The police let her drive home in her car while a wrecker had to pick up the crushed truck that hit her. Her car was later totaled as the frame was completely compressed. On a side note: I must say, that I’m elated her vehicle did its job and protected my family. And I’m happy to be a Ford (F) shareholder.

My child was shaken up, but unharmed because he hadn’t tightened up for impact. Unfortunately, my wife was not so lucky and is suffering from some serious whiplash. This has been the worst of it. I’ll write a bit more on dealing with the insurance companies as I’ve learned a LOT over the last couple of weeks. I’ll also write about the strategy I used on buying a used car from a dealership as my experience was about as good as it could have been.

Sorry to bring personal drama to the site, but I wanted to give an explanation of why I’ve been slacking on the posts.

I’m back at it now and look forward to giving this month’s dividend income report as it’s a record breaker!