The release of poorer than expected economic data from China sent the global economy into a state of panic. The… 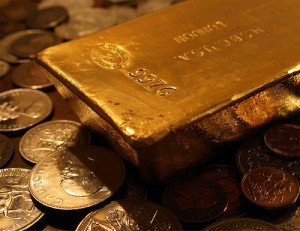 Gold has gone down for three years consecutively now. There’s a sliver of hope however. Precious metals have gone slightly up Friday (June 28) despite the fact that its performance during the month of June was really disappointing. In a report by CoinNews.net; quoting a telephone interview between Bloomberg News and Matt Zeman, strategist at Kingsview Financial in Chicago, Zeman said, “There is definitely some increase in the pace of physical purchases. We are also seeing some short covering after prices started rising.”

As the first half of 2013 closed, investors have been abandoning ship and are dashing for the exits as fast as their trading platforms can carry them. “Some of the recent selling likely was related to fears that the Federal Reserve would begin decelerating the amount of money it was creating to buy bonds. The Fed currently spends $85 billion a month on the quantitative easing program, which has been accompanied by fears of inflation that have yet to materialize.” Yahoo Finance reported.

Sites like Bullionvault.com, Forbes.com, and Reuters.com have been on the dot with gold market behaviors. With gold being considered primarily as a hedge fund, there’s still ongoing debates being gathered by these gold resource sites.

This guest post has been written by Mike from The Dividend Guy Blog. His blog is well known for high…