ConocoPhillips is an international, integrated energy company. The company operates in numerous segments, including Chemical, Upstream, Downstream, and Refining and Marketing. 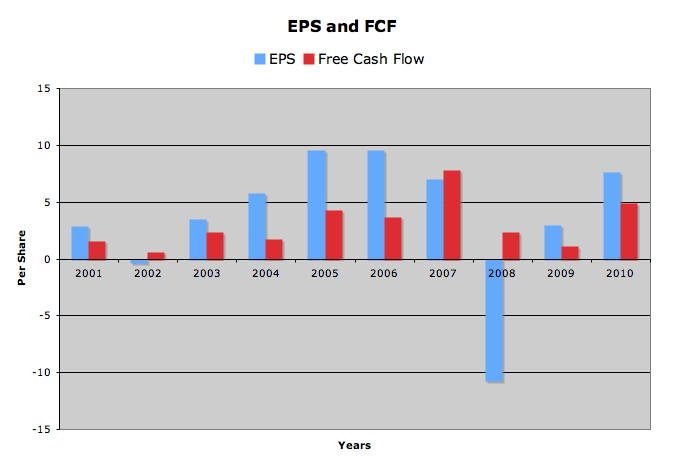 Earnings have been very erratic over the past 10 years, and there have been 2 years of losses (2002 and 2008). Free cash flow has also been unstable, though has never had a loss in the same time frame.

So far this year, in Q1, earnings were good: after adjusting for special items, they were $1.82 a share, up from $1.47 a share in Q1 of 2010. The major reason behind this higher earnings were increased liquid prices, since Q1 saw both a decline in production and higher production taxes. In addition, COP is continuing its divestment of Lukoil, so there was that loss as well. 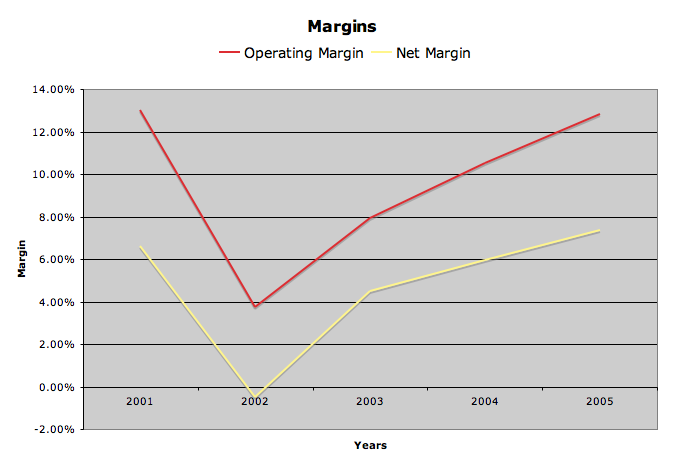 Margins are not stable. Operating margin has hit peaks above 15% and lows in the single digits. Net has had similar issues, ranging from over 8% to below 3%. In general, I prefer to see stable margins over time. 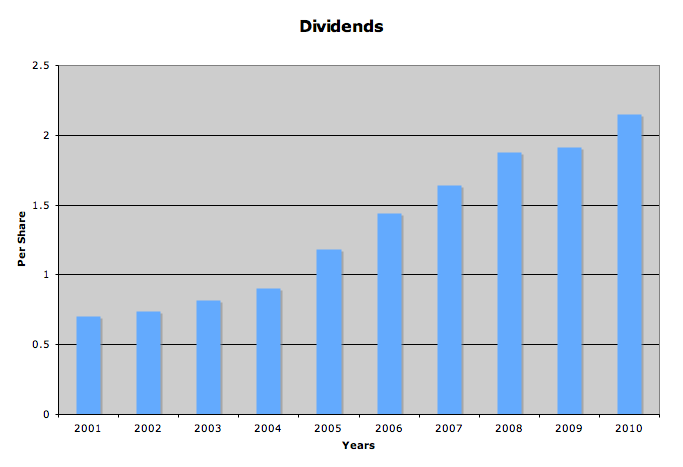 In the past decade, the dividend has grown by an average of 13.1%. The five year rolling dividend growth has slowed over the past few years, but this should change as 2011’s 23% growth will increase the 5 year averages.

In addition to the dividend boost, COP has a 10 billion dollar share repurchase program in effect, and they have already purchased upwards of 32 million shares, for a cost of 2.5 billion dollars. This leaves plenty of room to continue share repurchases throughout the year. However, looking back, COP has only been repurchasing shares for roughly the past 4 years…since 2001, the numbers of shares outstanding has grown from 350 million to 1.5 billion. Still, this is not surprising, since the company was incorporated in 2001. 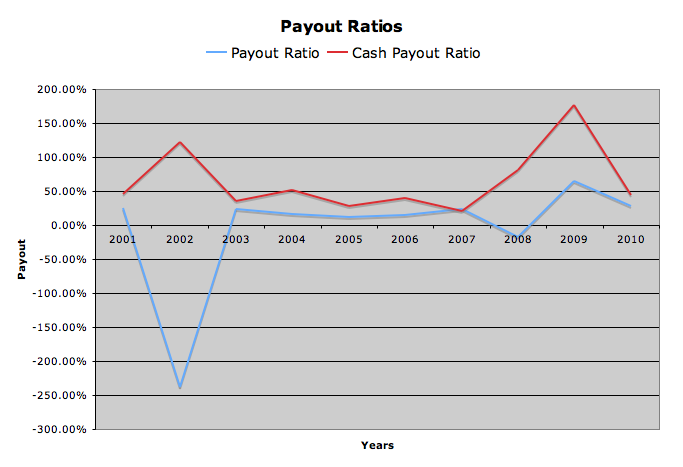 Payout ratios have been wildly unstable for the past decade. Earnings based payouts have stayed under 100%, but the years of negative earnings are worrying. Cash based payout, while never dipping into negative fcf, have still seen multiple years of 100%+ payout. Though I don’t think COP will cut it’s dividend anytime soon, I generally prefer companies that allow me to sleep well, knowing my dividend is always well covered.

The balance sheet for COP is moderately clean, though not as good as rival Chevron. Debt comprises 25.5% of the capital structure, and the current ratio is a healthy 1.3. The company has stated that they are happy with their debt balances, so I expect debt to total capital ratios to stay around 25%, though they will dip slightly in 2011 as about 900 million in debt will mature over the year. As of 2010, interest on the debt is well covered at 16.6x EBIT, though this has not always been the case and some years has dipped into single digit/negative coverage. 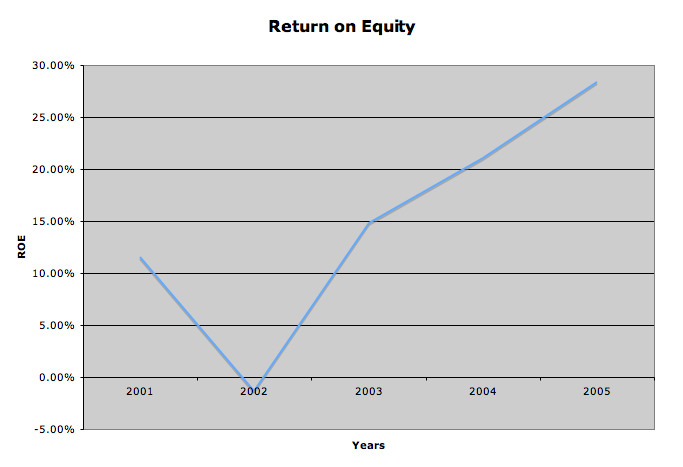 Return on Equity has bounced around a bit, which is to be expected. I expect ROE to be inconsistent in this business, but I hate to see such big dips in the bad years.

As I dig deeper and deeper into these oil companies, I am getting more and more hesitant to invest. Not only is energy getting harder and harder to find, and costing more and more to extract, but countries are fighting vigorously to keep their resources – or at least profit and regulate them. Companies have to spend more money to extract less energy, and are left to deal with greedy governments, strict regulators, and fickle weather.

In addition, we are seeing a shift in many industrialized nations to energy conservation – a far cry from the gas guzzling, energy-is-cheap-so-lets-use-it-all mentality that our parents and grandparents had (at least here in the states). And while there is no doubt the world is using more energy as a whole, how well this translates into shareholder profits is yet to be seen.

Similar to my feelings on other oil producing companies, I have no interest in buying COP at the current price, and honestly, if I were looking to purchase an oil producer, I would look elsewhere.

As an end note, I will also say that COP has had tremendous capital growth in the past decade, from a low of $25 in 2001 to the current trading price of $75. This growth has been much better than many other dividend payers, I think stability in earnings and cash generation need to be accounted for. Also, COP is only about 10 years old, a baby in dividend-paying company time.

Full Disclosure: I do not own any COP. My Current Portfolio Holdings can be seen here