Cracker Barrel: An Old Country Store With No Cash

Cracker Barrel Old Country Store, Inc. (NASDAQ: CBRL) operates a chain of restaurant/retail concepts under the Cracker Barrel Old Country Store brand. As of September 21, 2010, it operated 595 full-service restaurants and gift shops in 41 states, most located in the Southeast US. The format of its stores consists of a trademarked rustic, old country-store design with a separate retail area offering a variety of decorative and functional items featuring rocking chairs, holiday and seasonal gifts and toys, apparel, cookware and foods, including candies and jellies.

Cracker Barrel has a different business structure than the last two restaurants I analyzed, McDonald’s and Yum! Brands. None of Cracker Barrel’s restaurants are franchise owned; they all operate under the supervision of CBRL. In doing so, they have more control over each of their establishments, but they lose the predictable cash flow and low capital expenditures associated with franchise businesses. In addition, each Cracker Barrel has both a restaurant and retail outfit, which sells “country” goods, such as jams and rocking chairs, to restaurant customers.

Sales have grown by an average of 2.3% over the past decade, and increased 1.6% this past year. Much of this revenue increase is due to the opening of 6 new stores in 2010, as same store sales increased only .4% in 2010, and this is coming off a decrease in same store sales of 2.6% in 2009. CBRL plans to add another 11 stores in FY 2011. The company decided a few years ago to slow their unit growth, and they have been very successful with this initiative – unit growth averages between 1-2% a year. 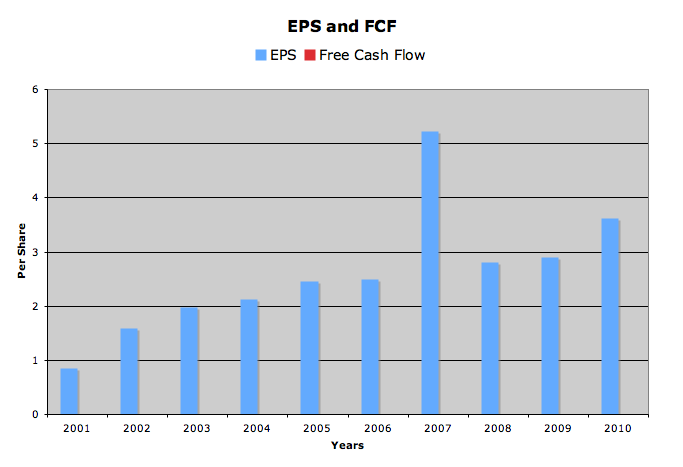 Earnings have grown by an average of 17.3% over the past 10 years, and analysts expect this to slow in the future, with a 5 year growth rate of 10.8%. $4.09 is expected in Fy 2011, and $4.61 in Fy 2012. By looking at their numbers across the board, earnings growth comes mainly from increased revenues and share buybacks. While revenue has grown and CBRL has taken roughly 7% of their shares off the market annually for the past 5 years (including 1.35 million shares in 2010), margins have decreased slightly in this time.

The jump in EPS in 2007 was due to the divestiture of Logan’s Roadhouse Restaurants, and when this income is discounted eps returns to a more realistic $2.52. 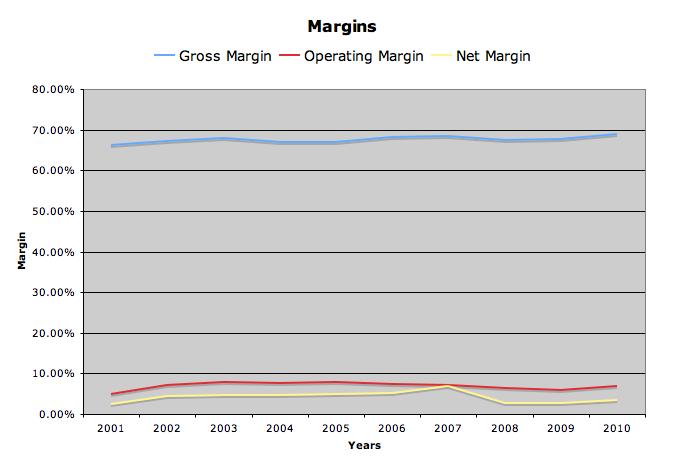 Margins have been trending down, a negative sign, albeit only very slightly. CBRL has had trouble covering the increasing costs of their food, and has also had to cut prices in the retail store to drum up business. These factors have driven operating margins from 7.8% to 6.8%, and net margin from 5.2% to 3.5%.

Cracker Barrel has paid a dividend for over 20 years, but has only had consecutive increases since 2003. 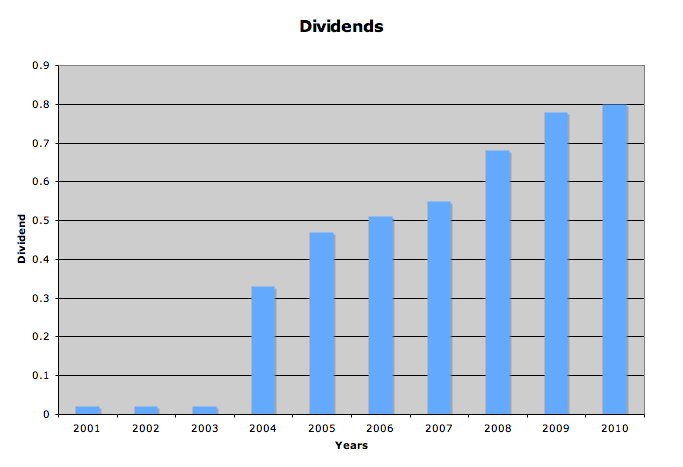 The dividend growth rate has been very high, averaging 50% for the past decade, but this number gets skewed by the massive 1550% growth from $0.02 to $0.33 in 2004. The past 5 years have had an 11.9% growth rate, and this is more reasonable, although future growth may be lower, as represented by the past years growth of only 2.6%.

The current quarterly payout is $0.22, for an annual dividend of $0.88. I expect this to be higher as CBRL has a history of raising its payout in the last dividend of the calender year, usually paid in November. 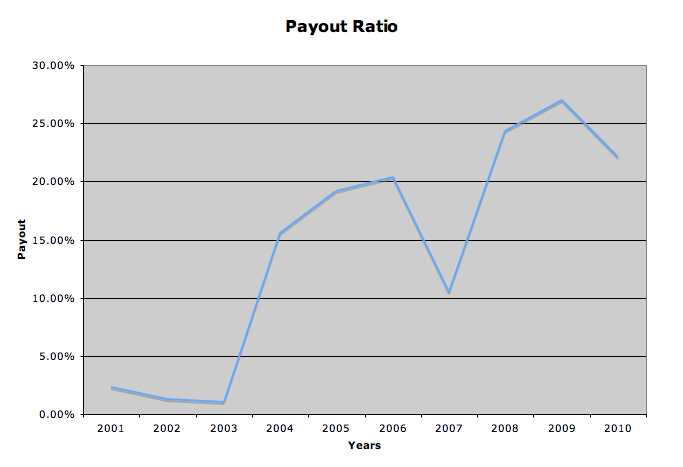 Although CBRL’s earnings based payout ratio is well covered, sitting between 20-30% for the past few years, their cash flow is not sufficient to pay the dividend. While this is usually acceptable at times, because dividends can be paid from earnings (or through debt), I prefer to see a company that can generate enough free cash flow year over year to more than cover their dividend, and any increases.

Cracker Barrel does keep plenty of cash on the balance sheet though, and the 47.7 million they had in 2010 was enough to cover the 18.5 million paid to shareholders should they need it.

The financial position of this company is not great. Debt comprises 75% of total capital employed, and this number is actually lower than 2009’s 82%. Interest coverage ratio is a bit lower than I would like to see at 3.4, and has held steady around this level since 2006, when restructuring charges, and the divestiture of Logan’s Roadhouse, increased debt load substantially.

The current ratio is 0.76, slightly lower than the generally accepted “safe” level of 1. But cash of 47.7 million should be sufficient to cover short term debt of 6.7 million if need be. 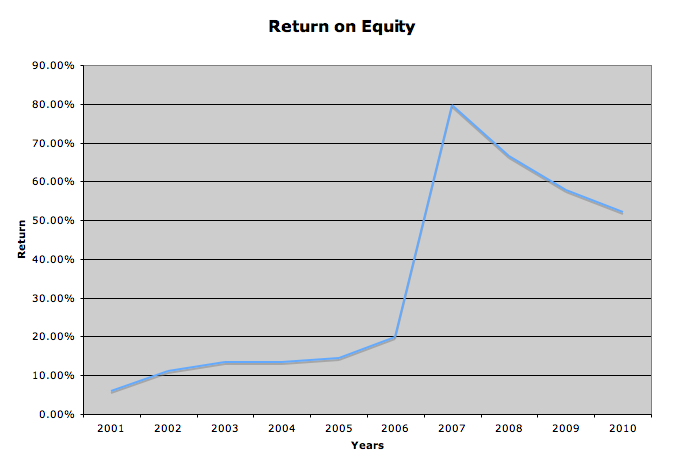 I don’t like the business model of Cracker Barrel. As anyone can tell you, retail is one of the toughest and lowest margin businesses around. Why they would want to take a chunk of floorspace away from their restaurant (a tough market in its own right) and devote it to selling country kitsch is beyond me. They state in their annuals that the large majority of their retail customers are there for the restaurant, so they’re not getting any customers in the door purely for retail purposes. To me the retail business is pretty useless.

The restaurants are mainly located along major roadways, and are very RV friendly. This is an interesting niche market, and they could definitely do well here, especially as the boomers retire and some inevitably will enter the RV lifestyle. But I don’t see anything particularly attractive about this company, and would rather put my money to work with MCD or Yum!.

Full Disclosure: I do not own any CBRL or Yum!. I am long MCD. My Current Portfolio Holdings can be seen here