The following is a guest post by Ben Carlson. 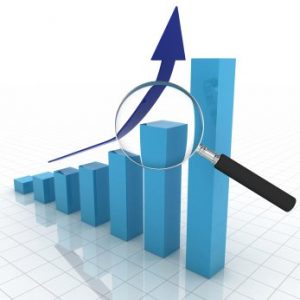 Most people assume that the stock market goes in a straight line, either up or down.  But actually there have been a long periods of time where stocks have basically gone nowhere.  This happened from the late 1930s to the early 1950s and again from 1966 to 1980.  The last 13 years is also one of those periods.

Even though we have been through a series of gains and losses over that time frame the index level is little changed.  If you stopped paying attention to the markets altogether 13 years ago and decided to check back in today it would seem as though not much has happened.  Anyone who has lived through this volatile investment period knows that is not the case.

From the 1,527 level to the 1,590 mark of today you are looking at about 4.13% in total price appreciation or 0.31% per year.  Not a great return on your capital.  In fact, it’s pretty pitiful considering that T-Bills or a money market fund would have outperformed over that period with much less risk.

But that assumes you only book gains on price appreciation.  There is another component of your stock returns that has as much or more to do with your results.  That would be the dividend yield.  Over the same March 2000 to April 2013 time frame the S&P 500 actually returned 33.83% when you include reinvested dividends.  That equates to 2.27% per year.  Still not a great return but much better than 0.21% return you get without dividends.

The reason for this is compound interest.  Albert Einstein described compound interest as the eighth wonder of the world.  The ability to earn interest on interest allows you to let your investment dollars work for you over time and slowly build wealth.  It doesn’t happen right away but over long time horizons you can really see extraordinary results.

And in “The Future For Investors,” author Jeremy Siegel shows how much of an impact dividends have had on overall returns as well.  He showed that from 1871 to 2003, 97% of the total real return in stocks came from reinvesting dividends while only 3% came from price appreciation or capital gains.

This is yet another reason to forget about short-term moves in the markets and instead focus on saving and investing with a long-term time horizon.  It won’t be as exciting or sexy as day trading but it minimizes your mistakes and will help you sleep at night.

It takes time to build enough wealth to let compound interest and dividends grow your portfolio.  But if you are investing for the long haul you will eventually see the pay off.  You must have a long-term focus for this to work in your favor.  That way if we do run into another period where stocks are volatile and don’t make any serious headway in price appreciation over time you can still collect dividends and make a decent return on your investments.

This was a guest post by Ben Carlson from A Wealth of Common Sense.  Ben writes about personal finance, investments, investor psychology and using common sense to get ahead financially.  You can also follow him on Twitter.

Dollar Cost Averaging – It All Adds Up

The Dogs of The Dow for 2019 and Performance This Year