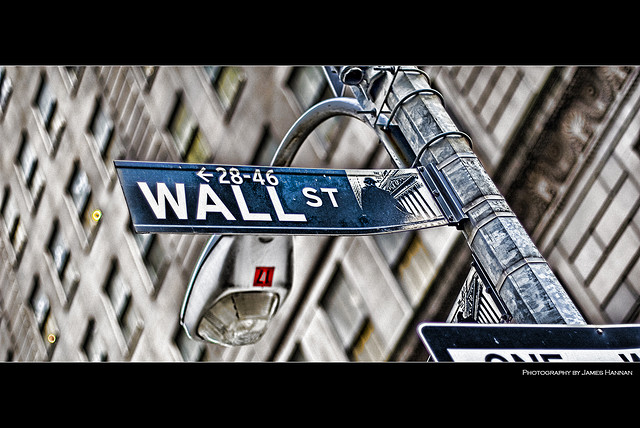 In the past few years, “Wall Street” has come to represent the excesses and evils of a capitalist system. When one hears the term, images of fat-cat bankers, hot-shot traders, and billionaire hedge-fund mangers come to mind. But the most important financial street in the world had some humble beginnings as nothing more than a wooden fence.

In the 17th century, what is now Wall Street was then the northern boundary of the New Amsterdam Dutch settlement. In order to keep out the encroaching British colonists, as well as defend against Native American threats, the Dutch decided to build a barrier.

At first, it was nothing more than a simple picket and plank fence. But soon that was sufficient, and a reinforced 12 foot wall was erected with the help of the Dutch West India Company, led by Peter Stuyvesant. The city grew, and in 1699 the British tore down the wall. But the name was kept, and what was once “de Waal Straat” was corrupted into the now infamous Wall Street.

Over the years, Wall Street became a bustling commercial thoroughfare, as it joined the banks of the East River with those of the Hudson in the west. The street was lined with shops and warehouses, and Federal Hall, our first national capital building, was built there. George Washington was inaugurated on the steps.

At the end of the street was a Buttonwood tree, where the cities leading merchants, investors, and speculators would gather to trade informally. In 1792, in an effort to eliminate the power of auctioneers, 24 of these men formalized their activities with what is now called the “Buttonwood Agreement.” This contract set trading fees and restricted members to trade only within themselves. This group would grow into what is now the New York Stock Exchange.

Read The Dividend Pig When Google Reader Shuts Down

New Life for The Dividend Pig