For the past few weeks, a few major stories have dominated the news. The tsunami of Japan, unrest in the Middle East, and of course, the price of oil. Though oil is involved in just about everything we make, transport, and use, it is at the pump that we most feel the sting of oil prices.

Like birdwatchers sitting and waiting for a glimpse of a rare species, the news outlets have been pouncing on any state that crosses the $4 a gallon barrier: California, Connecticut, Illinois, Hawaii, and most recently, New York. We’ve seen this before, and the summer of 2011 looks like another one of “staycations” and political rhetoric about getting off foreign oil. While others fret about filling up their cars, all this talk makes me wonder where best to invest.

In Jeremy Siegel’s “The Future for Investors” energy companies were one of top returning industries of the past 50 years, led by oil titan Exxon Mobil (previously Standard Oil).  Will the next 50 years be the same?  I hope so.

With that said, here are the companies I will be analyzing in the coming weeks. 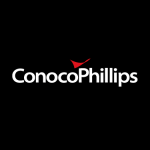 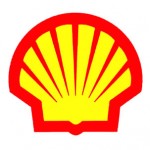 Read The Dividend Pig When Google Reader Shuts Down

New Life for The Dividend Pig