Northrop Grumman NOC is an integrated enterprise consisting of businesses that cover the entire security spectrum, from undersea to outer space and into cyberspace. The Company operates in four segments: Aerospace Systems, Electronic Systems, Information Systems and Technical Services.

The most recent earnings release came at the end of September, and the close of Q3. Sales were down both quarter over quarter and year over year. Full year 2011, NOC is expecting sales 2-3% lower than 2010, due to “market environment’.

[with] the possibility of further budget reductions, our customers continue to be cautious in releasing funds for their activities. While there is uncertainty regarding future budget levels, we believe there is clarity regarding the threat environment and our customers’ need for affordability. 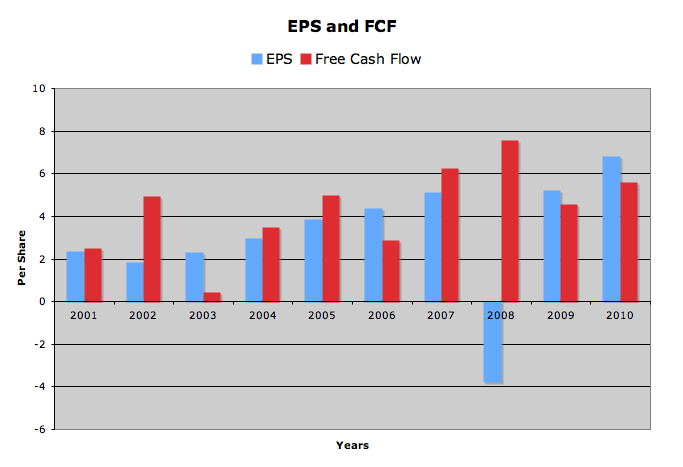 Free cash flow per diluted share has grown by an average of 9% over the past decade, and has not had a single negative year, but they were close in 2003 when fcf dropped to $0.44. FCF has not yet recovered to the high of $7.56 in 2008, though has been more than enough to cover the dividend of the past 5 years.

Both earnings and fcf have been bolstered by a steady share buyback program, and NOC manages to take about 4% of outstanding shares off the market every year. The company expects to spend about $30 billion buying back shares this year, and has already purchased 12.7 million on the open market. 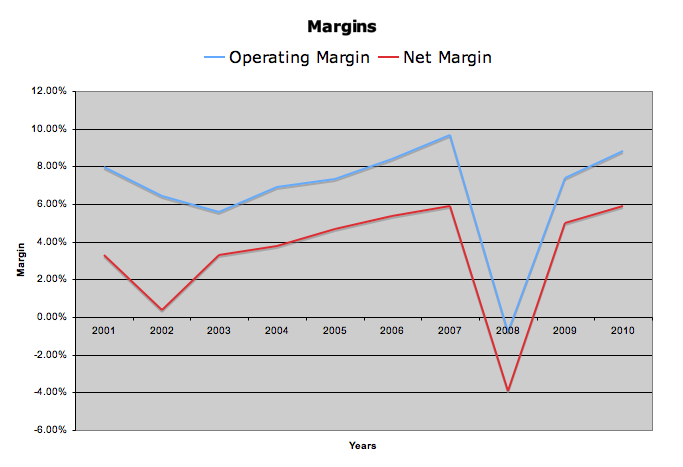 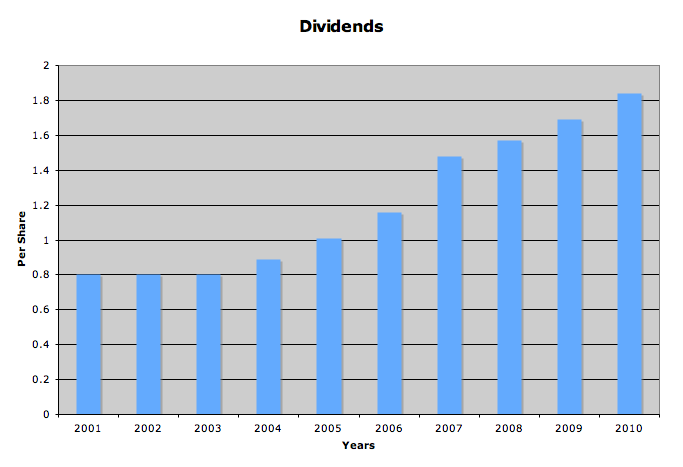 The 5 year rolling dividend growth rate has been in the low teens for the last 4 periods, and should stay about there with the latest increase. 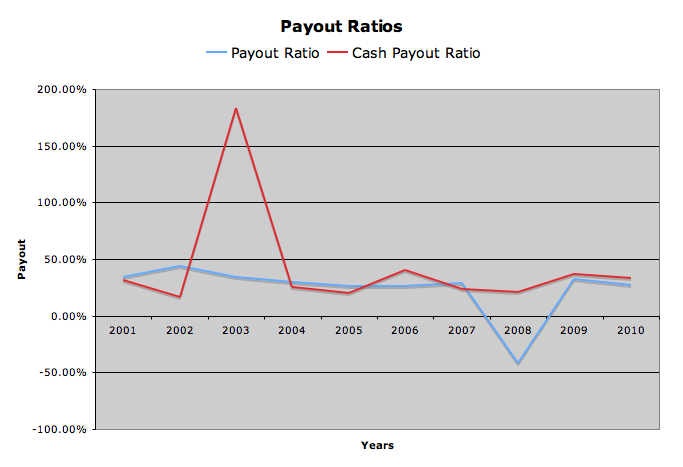 Payout ratios are safe. The earnings based ratio was only 27% in 2010, and the cash based ratio only slightly higher at 32%. Even if the company has stagnant, or slow growing earnings for the next few years, they should still have money left for dividend growth.

Northrop Grumman has a moderate balance sheet. The current ratio is 1.2, and the interest coverage ratio is 10.9. Debt to total capital is acceptable, at 25.2%. 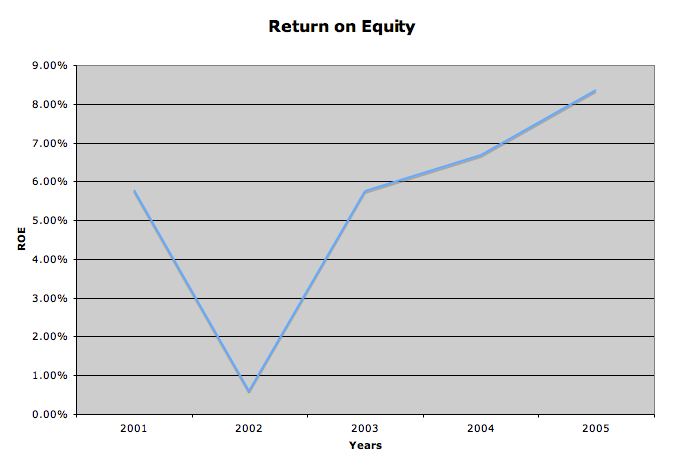 Return on equity has had a bumpy ride, and is not as consistent as I like to see it.

Overall, I will pass on Northrop Grumman right now. The defense industry is very vulnerable at the moment, and if I planned to ride out this volatility with any one company, I’ve been leaning more towards L-3 than either NOC or LMT.

To see other analysis of defense stocks, check out L-3 Communications and Lockheed Martin

Full Disclosure: I do not own any NOC, LMT or LLL. My Current Portfolio Holdings can be seen here

Does Brown-Forman Belong in Your Portfolio?