The Impact of China’s Currency Devaluation on US Equities 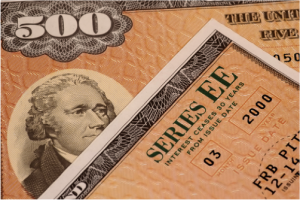 The release of poorer than expected economic data from China sent the global economy into a state of panic. The Chinese government has been strategically repositioning the economy from one that is export-based to one that is focused on driving up domestic consumer demand. All the while, imports, exports, and GDP have slowed in China as it practices currency devaluation, although the government expects a 7% GDP for 2015.

The 2% currency devaluation in China rocked global bourses, but the government of China quickly assuaged investor concerns by stepping in to sell US dollars. Central bank intervention stabilized the Chinese yuan and calm was restored to European stock markets, Asian stock markets and others.

However there is significant concern in the US about how a devaluation of the CNY can affect US equities, given that China holds most of America’s debt and is a major competitor in global trade.

Why did the Chinese government devalue the currency?

However since China is the world’s second-largest economy, and arguably the world’s largest consumer of major commodities (metals, agricultural produce, and energy) emerging market economies have been suffering since commodities prices have tanked. This is notably true in the other BRICS countries (Brazil, Russia, India, China and South Africa) where sharp declines in the mining sector have hurt national economies.

Emerging market economies tend to be heavily reliant on agriculture and mining, and the composition of stock markets in these countries is also heavily tilted in favor of primary industry. With plunging commodity prices, comes declining performance in equities.

This translates into a loss of investor confidence and a weakening of the currencies of these respective countries. While this is a simplistic perspective of commodity-based economies, it holds true.

Strong but Declining Performance for China

It should be remembered that most every major commodity is priced in US dollars. With the dollar being as strong as it is, and a rate hike imminent, a weaker Chinese yuan coupled with a strong dollar is an ominous sign.

Global markets panicked when the CNY was devalued, and mass selling took place in bourses. Asia was particularly hard hit, and Australia being a mix of an emerging market economy and a developed economy has witnessed a sharp depreciation in its currency.

On Tuesday, 11 August on Wednesday, 12 August, the S&P 500 index dropped a total of 2.1%. The index recovered somewhat since then, but volatility vis-a-vis the CNY remains high. It was even worse at the end of last week with the Dow Jones Industrial Average losing over 500 points on Friday.

This is not going to be a quick fix for the Chinese economy however, since the Shanghai Composite Index (SCI) rallied as much as 150% for the first half of 2015, but the market has since reversed course as $4 trillion has been wiped off the SCI. This was the biggest decline in Chinese equities for 6 years, totaling 8.5% in overall losses. As a result of weak economic performance, the Chinese GDP is now at 6.5% – 1.5% lower than analysts’ forecasts.

On the face of it, a strong US dollar is reflective of a strong US economy. However when the greenback is strong relative to a basket of currencies US exports become more expensive. This ultimately hurts the domestic economy and makes countries with weaker currencies more competitive.

Fed chair person, Janet Yellen has cited the dollar as a drag on economic growth. However a September rate hike looks likely and that to will further strengthen the USD. While the trade deficit is widening, imports are now relatively cheaper for US consumers, as is the price of commodities like crude oil, natural gas, coal and other metals used in manufacturing and production. This also boosts overall US productivity and is likely to reflect in more personal disposable incomes for US consumers.

The complexity of the interrelatedness has positives and negatives for US industry. On the one hand, cheaper crude oil means less is spent at the pump every month and more is available for saving and retail expenditure. On the other hand cheap oil leads to the shuttering of mining companies (and oil exploration) which leads to job losses and a declining oil supply.

This ultimately results in a higher price. As a result of a combination of these factors, the Fed may rethink a rate hike. Equities will suffer if a rate hike is implemented because companies will have to pay more on long-term debt which will cut into their profits. For now it’s a wait-and-see game and investors are holding off on any long-term decisions.

Brett Chatz is a graduate of the University of South Africa, and holds a Bachelor of Commerce degree, with Economics and Strategic management as his major subjects. Nowadays Brett contributes from his vast expertise for the globally renowned spread betting and CFD trading company – Intertrader.

Should You Buy A Property Overseas?