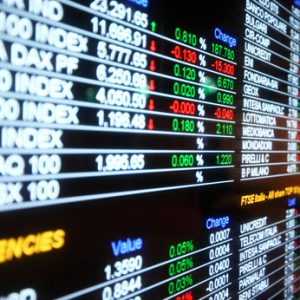 Stock share buybacks or share repurchase plans have become all the rage on Wall Street lately with the stock market’s excellent run so far this year. In fact, in the first quarter of 2013, companies in the United States have bought back over $105 billion worth of their stock. This has edged out the payment of dividends which only accounted for a little over $70 billion in January through March of this year.

Recently, Wal-Mart announced that it will repurchase $15 billion of its shares in a repurchasing plan. This was just the latest announcement in a string recently. Others announcing repurchase plans or increasing existing plans have been the likes of Sirius XM, CVS, Monsanto, Priceline, Las Vegas Sands, and many others.

But, are share buybacks a good deal for investors? There are a few benefits of the programs to be sure such as raising the earnings per share by withdrawing outstanding shares from the market and returning earnings to shareholders. But, there are also some underlying principles of the share buybacks program that can leave investors with a bad taste in their mouths if they are not careful.

Here are a few things to consider about share buybacks…

Lack Of Ideas For The Money

One of the biggest drawbacks of a share repurchase plan or stock share buybacks is that the company does not have an idea to put their money to good use. Share buybacks are the easy option for the company when they cannot find another creative idea to put the cash to work. Why not spend that money expanding their business? Why not make an acquisition or open new stores? Why not use that money to grow through research and development? Why not use this capital to replace aging property, plant, and equipment? These are what shareholders should be screaming for the companies they own to be doing with excess cash on the balance sheet.

Companies can announce share buybacks all they want. Like the saying goes, it’s the action that truly matters. And, far too many companies announce a large share buyback program only to not finish it. There is nothing binding to a company after they announce a share repurchase plan. It is all voluntary. Sometimes companies wise up and realize that their share buybacks are not in the best interest of shareholders. Other times they run into financial difficulties and decide not to go through with the repurchase plan. Either way it is not set in stone. The announcement of a repurchase plan should not be the driving force for investors to purchase shares in a company. At least with a failed share buyback plan the company can sneak off in the middle of the night and just not finish the repurchasing. Typically there isn’t much fanfare or gnashing of teeth when that occurs. But, that would not be the case if the money was used for a dividend instead and ultimately had to be curtailed.

Studies from “Institutional Investor” and others have recently shown that many companies who repurchase their shares in large share buybacks tend to underperform the market and their competitors. This can possibly be linked the their lack of reinvesting in the business, instead choosing to repurchase shares of their stock for only superficial gains to the share price. Companies that reinvested a higher percentage of their cash provide substantially higher returns to their shareholders than companies that bought back shares and reinvested less money back into their businesses. Studies have shown that it is more profitable ultimately for companies to invest in capital expenditures, new research and development, acquisitions, and increase their working capital instead of buying back shares.

While we all know that the old adage of “buy low, sell high” has never been more important, companies who repurchase the shares on the open market often do the exact opposite. This of course can be a direct result of companies being flush with cash while the stock market is trending higher like it currently is. So, the stock market is riding high, companies have a lot of money on their balance sheets, and they decide to repurchase their company’s stock. This can be quite costly for the company, and the shareholders are the ones who ultimately pay for poor timing by companies. It would be better for companies to repurchase their shares during a recession or bear market in order to get more bang for their buck. Of course this is a lot easier said than done.

There are a few reports that say recent share value increase can be 20% attributed directly to share repurchase plans and removing common shares from those outstanding in the market. While this looks like a good deal initially, it is an artificial rise in the company’s earnings per share and not directly correlated with outstanding fiscal performance with an increase in earnings or revenue.

Dollar Cost Averaging – It All Adds Up

The Dogs of The Dow for 2019 and Performance This Year