*Note: Family Dollar’s fiscal year ends in August. So Fy 2010 ended in August, 2010. All calculations in this analysis are based on the latest annual report, released August 2010, except for expected eps and current dividend yield.

Family Dollar is a member of The Dividend Aristocrats and has increased it’s dividend every year for 35 years. It recently announced a 16.1% increase on it’s quarterly payout to $0.18 a share.

Earnings have been grown rapidly in the last few years, due to an increases in revenue, larger margins, and a large share buyback program. EPS is growing faster than dividends, and in 2010 FDO only paid out 23% of earnings in the form of dividends. FCF has been rather erratic over the years, and though fcf per share has grown, that can be attributed more to share buybacks than major fcf growth. FDO currently has around 130 million shares outstanding, down from 172 million just 10 years ago.

Analysts expect FDO to grow earnings at an average rate of 13.9% for the next 5 years, while the industry average is 14.7%. 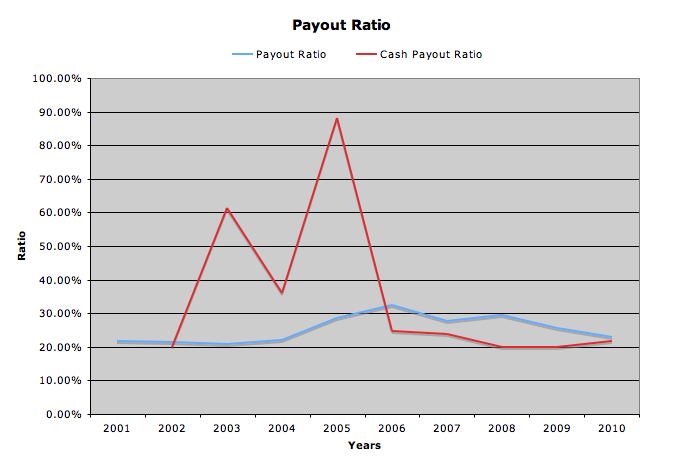 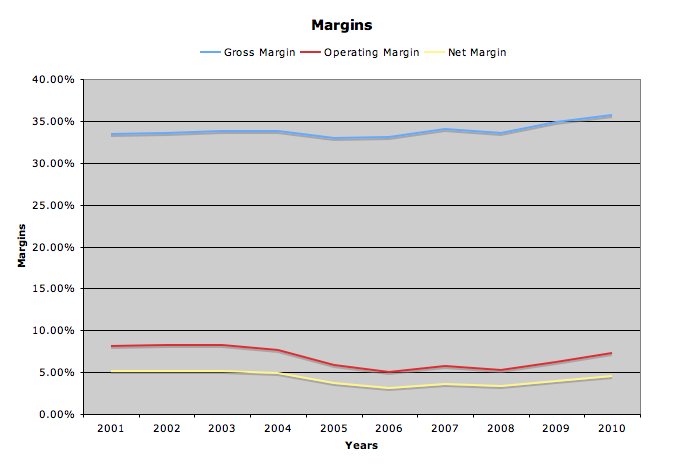 Gross margin remained stable, but both operating and net margins dipped a little in the mid 2000s. They seem to be recovering though. 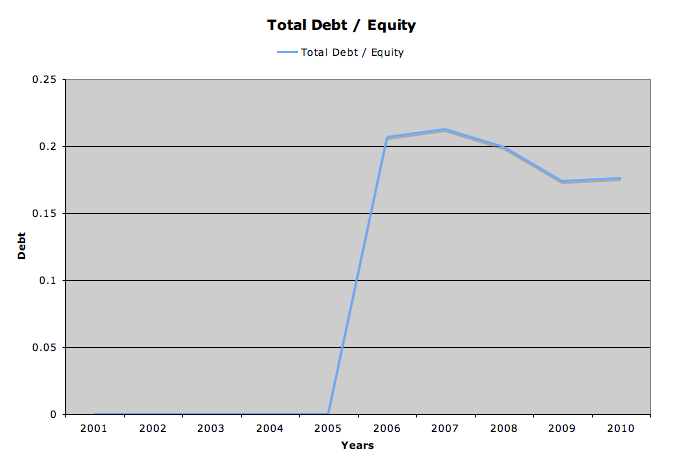 FDO’s balance sheet is very clean. Total Debt to Equity is only .18, and debt is only 14.96% of their capital structure.

The interest coverage ratio is a whopping 43.16, and the current ratio is 1.57 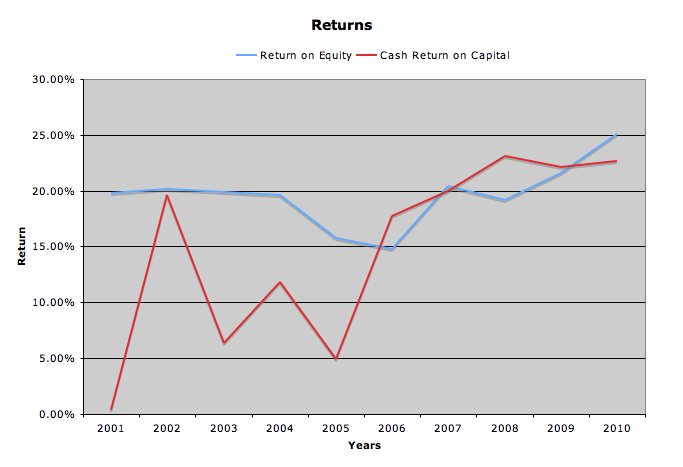 Cash Return on Total Capital last year was 22.68%, above the 10 year average of 14.86%. As shown by the graph, this has been rather erratic over the years.

Family Dollar had strong performance the past few years, as consumers traded down and looked for cheaper alternatives during the recession. They have been working hard to refresh many of their stores, and sales of it’s Family Dollar brand increased by 19% from 2009.

FDO has done a good job taking advantage of a sluggish real estate market. After focusing on operational efficiencies and same store sales for the past few years, they are ready to open another 300 stores in Fy 2011, a 50% increase from 2010.

Overall, I am lukewarm on FDO. They are in a highly competitive business, and do not have either the international diversification, or business diversification, of other retail outlets. I believe there is better value elsewhere.

For comparison, see my analysis of other discount retailers Costco, Target and Walmart

By next week I will post a comparison table of all the Discount, Variety Store companies I analyzed for January.

Full Disclosure: I do not own any FDO. My Current Portfolio Holdings can be seen here