The Path to Financial Independence: Saving vs. Investing 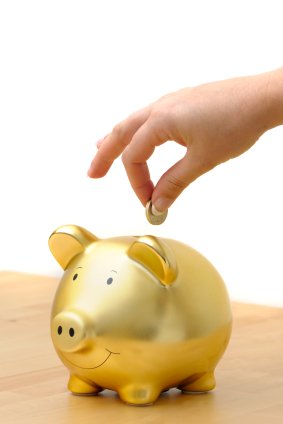 Being financially independent isn’t necessarily the same as being wealthy, but they do go hand in hand.

Financial independence generally means having enough money to pay for basic life necessities (e.g., food and water, housing, utilities, clothing, education, etc.) without having to actively work for it. Wealth, which implies having more than enough money for both luxuries and basic life necessities, cannot be attained without financial independence.

Everyone wants to be wealthy, but anyone who’s ever experienced having to work for a living would be happy enough to achieve financial independence. Thus, most of them try to save up as much as they can, so that they can retire with an amount that is sufficient for their daily needs.

However, financial experts generally say that saving money is not enough to attain financial independence. Along with cutting down on expenses, most experts also recommend investing in the many kinds of financial instruments available on the market.

So, is it better to save or invest? To get the answer, one needs to begin with differentiating between the two.

Saving, at its most basic level, involves regularly squirreling away a chunk of one’s income for a certain purpose. Generally, a person who is saving up sets aside the money, and does not use it until such time that it is required. While special savings accounts at banks are the preferred method for saving, marketable securities (i.e., the ones that can be easily liquidated) are also used for setting aside cash.

Key characteristics of saving are as follows:

The money saved is generally for short-term purposes, such as for unforeseen emergencies.

Savings need to be readily and easily accessible, as the need for them can crop up without much prior warning.

The primary objective of saving is capital preservation, or to maintain a certain amount of funds.

Investing, on the other hand, involves the purchase of assets that are meant to bring in additional income, increase the value of the amount used for the purchase (otherwise known as appreciation), or both. Investments can be anything from stocks and bonds to parcels of real estate, as well as a small business or jewelry. While a lot of well-planned investments usually make their beneficiaries richer, placing one’s money in any kind of investment involves a bit of a gamble. There is always a chance that the investor might not get the full amount of the investment back (if they get it at all). Also, investments are not as easy to liquidate, especially since they involve a fair amount of waiting for the desired market value to come along.

Key characteristics of investing are as follows:

Investments are generally for long-term purposes, such as for retirement or expansion.

Investors take it as a given that investments need time to grow and to yield returns, so they usually have no plans of withdrawing the amount invested anytime soon.

The primary goal of investment is capital appreciation.

Given the brief analysis of the two, perhaps it’s wise to say that it’s necessary to do both in the quest for financial independence. Saving is crucial for covering basic needs as well as unexpected short-term emergencies, while investing is a must for growing one’s hard-earned money at the level that would allow them to live off its returns.