The State of the Dollar: Room for Concern or Time to Buy?

2016 has proven to be a tumultuous year in terms of the political stage and the markets. Whether referring to the weakness of the ECC, the Brexit vote or uncertainty in regards to the United States economy, there is no doubt that this time period will be scrutinized well into the future. Although some are wondering if any lessons can be learned, we need to remember that this year is far from over. Many traders are concerned with reports that the dollar will remain firmly implanted in bearish territory from at least a medium-term point of view. Let’s take a look at some of the reasons why the dollar may continue lacking upward momentum as well as why this could be an excellent buying opportunity. 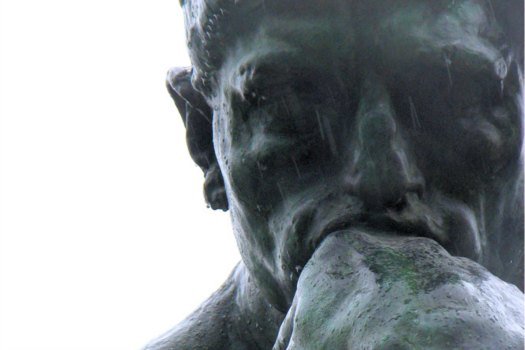 The United States has released surprisingly weak economic data in the past few days. This was further compounded by poor performances from Verizon Communications and Travelers Companies Inc. (1). As if these observations alone were not concerning, recent jobless data indicated that unemployment statistics rose to a six-week high of 260,000 (2). This was higher than expected and there is no doubt that such information deflated both the S&P 500 and the Dow Jones Industrial Average.

One common indicator of the relative strength of the dollar is the short-term performance of gold. Seen as a safe-haven investment, traders will predictably flock to this yellow metal when the dollar drops in value. Unsurprisingly, this is exactly what we have witnessed. Gold has rallied to touch high levels not seen since 5 October and some believe that this bullish trend will continue as long as the dollar performs weakly. Interestingly enough, this may create a feedback loop which drives the value of this American currency down even further.

The candidates for the USA presidency both took part in what can only be called an acrimonious debate on 19 October and as opposed to clarifying domestic financial issues, their answers to this topic only served to muddle the picture even further. There is no doubt that a lack of any viable responses from either candidate will cause more investors to embrace a risk-averse stance.

Although we have always seen rather dramatic market movements before a major election, this event is likely to be quite different. With so many voters still on the proverbial “fence” in terms of their preferred candidate, investors will be watching with a wary eye when votes are cast on 8 November. This is likely to drag down the strength of the dollar even further; particularly in regards to international traders who embrace a “watch-and-wait” attitude.

Quantitative Easing and the European Union

As if all of these confounding factors were not enough, a recent statement made by ECB chief Mario Draghi hinted that an extension of the current QE program was not discussed nor will the scheme come to an abrupt halt. This caused massive swings in the relative strength of the euro compared to the dollar. This EUR/USD relationship is likely to experience even more volatility. Still, the fact that quantitative easing was not high on the agenda of the European Central Bank illustrates that leading experts may believe that more stable economic conditions are around the corner. This could drive even more Forex investors away from the dollar and back into the 28-nation currency. Glenmore Investment, a top brokerage firm, is an innovator in the financial field that offers its clients advanced user interfaces to trade investments.

Although currency doom and gloom may cause some investors to wait until more stable times emerge, we should always recall that bearish values could be a sign to buy for those looking to take advantage of short-term movements. This liquidity also dictates that modern platforms such as CMC Markets need to be used. It is critical to stay on top of the latest news in order to capitalize upon any sudden shifts.

Although nothing is set in stone, there is no doubt that astute investors will be looking to leverage their dollar-based positions against other benchmark currencies such as the pound and the euro. With election results far from clear and thanks to a somewhat flagging American economy, the remainder of 2016 will certainly prove to be interesting.

This article was written by a guest author. For more information about this author, please see the bio information listed in the article. If you would like to write an article for The Dividend Pig, please visit our Guest Posting Guidelines page.