Abbott labs (NYSE: ABT) is a global, diversified healthcare company.  The company divides its operations into three categories; pharmacuticals, nutritional products, and medical devices and diagnostics.  It employs over 80,000 people, and markets its products in more than 130 countries.

The company has been around for over 120 years, and has increased it’s dividend every year for the past 37.  It has paid 344 consecu

tive quarters of dividends since 1924.

Pharmaceuticals account for the majority of sales, while the rest of the categories are about equally split for the remaining sales.  About half the sales are in the US, the other half are from the rest of the world.

Abbott Labs holds many top spots, including drugs like Humira (let’s not exam any patent ending issues at the moment) and Synthroid, as well as nutritional supplements like Myoplex and Similac, they are the worlds leading producer of coronary stents, and are the #1 blood screening company.

Abbott Labs has tried hard to return value to it’s shareholders, especially in this “lost decade” the US has been in since 2000.  The stock price has fluctuated by stayed nearby $50 for most of this time, hitting a high of 61.09 in 2007 and a low of 29.80 in 2001.  Even during the recession we find ourselves in, Abbott has done a good job increasing numbers across the board, and staying in positive cash flow. 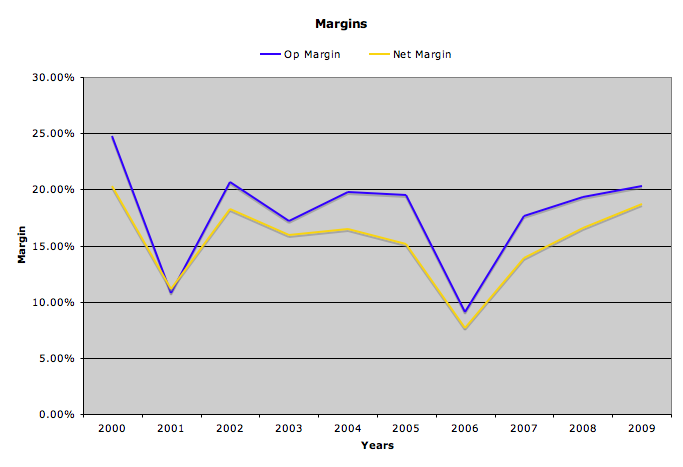 Abbott Labs has been growing dividends at an accelerating pace, reaching into the low double-digits.  The dividends are well covered by cashflow, and a 37 year track record of increases. 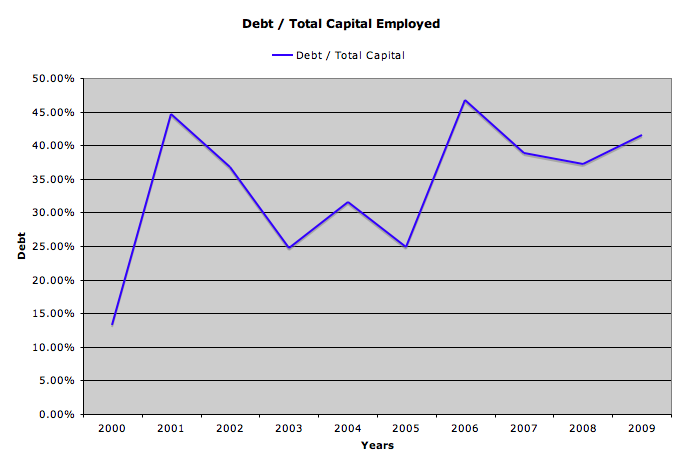 Shareholder equity has increased by 11.4% annually over the past decade.

Overall, I feel that Abbott Labs is a good buy at this price.  The stock is trading below my target p/e of 15 (historical stock market average), and is yielding over 3%.  The dividend is covered, and has grown for an extended period of time at a decent clip, which has been accelerating.

Healthcare will always be big business, and has been one of the best returning sectors in the past 50 years.  Abbott labs has its hand in a large international market, including all the emerging markets with a growing middle class that will soon want access to the healthcare more developed countries have come to depend on.  ABT is a huge company, and economies of scale would make it hard for anyone to step in, especially since medical technology takes a huge research budget, and pharmaceuticals need years of research and testing before they make it to market.  While patents do expire, drugs are cash cows for the years they are on patent.

I do not currently hold any stock in ABT, but if it stays in this price range and I have the funds I will initiate a position.  You can see all of my holdings under the Current Portfolio Holdings Tab.