You Are Not A Contrarian Investor, and You Don’t Know Squat 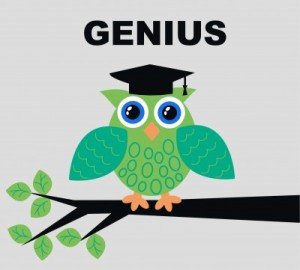 Are you above average?

It’s been said 9 out of 10 investors believe they are above average stock pickers. I can’t back this statistic up with a reference to a rigorous scientific study, but I have often seen it quoted, and believe that it is true. Most people I know also believe they are good drivers, and having driven with many of them, trust me, they are not. It’s also the same thing as a person who claims to have perfect vision, as they squint profusely to read something at arm’s length, yet they refuse to make their life easier by getting their eyesight tested.  I can only conclude that this statistic is true, and we, the investors, wear rose colored glasses when it comes to our abilities.

I write this post after having a discussion this past weekend with a friend of mine who works on Wall Street. He has been involved in many aspects of finance, from investment banking and IPO’s to currency exchange and arbitrage. What I came away with from our conversation is that I know roughly nothing about stocks.

If anyone read my recently posted article on Seeking Alpha, 2 Dividend Plays for the Adventurous Investor, you would find mention of two risky dividend plays, FLY and AYR. These companies purchase commercial jets, then lease them to operators. It’s a complicated situation, and the success of the company relies on many factors, but of central importance is the structure of their debt versus the income of their leases, with a heavy dose of securitization, depreciation, and various other financial wizardry that was explained to me, but most of which went over my head.

I found his depth of knowledge on these companies incredibly interesting (especially FLY, which he had worked with extensively and done their IPO). He knew which debt came due when, and the interest rate. He knew how much they could subtract in depreciation, and where that would place their tax burden. He knew that the CEO loved scotch and has a wife named (insert name here – it took a few drinks to loosen him up). He also knew that at $3 a share back in 2008, FLY was way undervalued, and Wall Street was panicking their debtors would call in the loans, when he knew for a fact they wouldn’t. So he bought in, comforted by the 26% yield, and watched the stock appreciate 360% to $14.10, its current price. 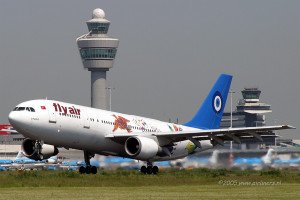 This of course got me thinking. We all try to be contrarian investors, and many of us believe that we are. There’s no doubt that if you are intelligent, disciplined, and patient, (which I believe many of the wonderful bloggers I read are) you can buy companies at fair prices. But are we really contrarians? Did you buy Citigroup when it was trading at $1? That’s a contrarian investment. What about SuperValu, when it hit $7? Or Paychex at $21?

There’s nothing wrong with being safe and conservative when you invest. As Warren Buffet has famously said, “Rule #1 – Never Lose Money. Rule #2 – See Rule #1”. It’s how most of us dividend growth investors feel comfortable. And while we may never be the people who buy an ailing company with the hope it will return to previous heights, it wouldn’t hurt for us to evaluate our purchases with this criteria in mind.

So now that we know our competition has knowledge far greater than ourselves, and makes his moves long before we can, does this mean we should all just stop investing? I don’t think so. It was sobering to speak with someone who had so much knowledge, and so much advantage, over me. It made me realize there is so much more I could know about a company than I currently deem acceptable. Most Wall Street analysts focus on one industry, and generally 6-8 companies within that industry. They know these businesses inside and out. Do you know all of your holdings that well?

So the next time you think about purchasing a new stock, or even a little more of an older holding, take an honest look at how much you know about the company. Maybe hold off your purchase for a week or two, and re-read their annual and quarterly reports, plus analysts ratings, media articles, and even their news feed. Try to know as much about them as possible. Then, maybe one day, you’ll find a true contrarian investment.

Should You Buy A Property Overseas?